Dave Eden is a Brisbane-based communist writer and podcaster who authors the blogs With Sober Senses and The Word From Struggle Street. He costs the anti-capitalist podcast Living The Dream with Jon Piccini.

In this conversation Dave explains what he means by the term “communism” and gives a fascinating anti-capitalist take on the Budget. We also discuss his piece for Jacobin on why the current calls for a return to Keynesianism and full employment won’t work.

It’s Anti-Poverty Week! I’m proud to become an ambassador for Alex Makes Meals; check them out and help them if you can

The Living The Dream podcast

ARTICLE: In Australia, Keynesianism Is Back In Fashion – but It Still Won’t Work by Dave Eden

Cause of the Week: Sisters Inside’s Fund For Children

Joe Hildebrand is a journalist, broadcaster and columnist for news.com.au. He’s a former co-host of Studio 10 and currently presents on 2GB and co-hosts the US politics podcast, I’m Usually More Professional.

In this wide-ranging chat, Joe and I discuss the first presidential debate and have it out over Joe’s fondness for “radical centrism”. Joe explains why he thinks “all governments are basically the same” and why he’s worried about Labor being beholden to the “extreme Left”.

I’m proud to become an ambassador for Alex Makes Meals; check them out and help them if you can

ARTICLE: There is only one way Labor can save itself by Joe Hildebrand

Cause of the Week: St Vincent de Paul Society (vinnies.org.au)

Wayne Swan is a former Treasurer and Deputy Prime Minister of Australia. He’s the current President of the Australian Labor Party.

In this conversation I ask Wayne about Labor’s performance in the recent Newspoll, what it means for Australia to aspire to “full employment” out of COVID, the ideological war over superannuation, whether the Hawke-Keating legacy can be described as “neoliberal” and how he thinks about the relationship between the ALP and the Greens.

My interview with Wayne on Tonightly in 2018

ARTICLE: Sometimes, Too Much Is…Too Much by Wayne Swan

ARTICLE: Already in this crisis we are slipping into over-optimism about the economy and over-pessimism about debt by Wayne Swan

ARTICLE: Liberals tearing down the pillars of our superannuation scheme by Wayne Swan

ARTICLE: Weakening superannuation is a once-in-a-100-year mistake by Wayne Swan

ARTICLE: The Hawke-Keating agenda was Laborism, not neoliberalism, and is still a guiding light by Wayne Swan

How Labour Built Neoliberalism: Australia’s Accord, the Labour Movement and the Neoliberal Project by Elizabeth Humphrys

Cause of the Week: St Vincent de Paul Society (vinnies.org.au)

Kristin O’Connell is the Acting Communications Coordinator for the Australian Unemployed Workers Union.

With more than a million Australians unemployed in this time of recession (and depression maybe?), the AUWU has been coordinating a Mutual Obligations Strike and campaigning against the cruel reduction in the JobSeeker payment. Kristin shares her story with me and explains why unemployed workers are workers (and why the AUWU is definitely a union) and just how fucked up and privatised Australia’s unemployment “industry” is.

Strike for Climate this Friday! Yeah!

ARTICLE: New Disability Support Pension recipients down by almost 60,000 due to Gillard-led crackdown

My episode with the AUWU’s Jeremy Poxon

Cause of the Week: The Australian Unemployed Workers’ Union (unemployedworkersunion.com)

Emma Alberici is a three-time Walkley-nominated journalist. She’s the former Chief Economics Correspondent at the ABC and she worked as a foreign correspondent and the host of Lateline. She recently finished up at the ABC after 18 years; in September 2021 she’ll release her memoir through Hardie Grant, Rewriting The Story.

In this conversation, Emma shares her thoughts on gender pay equality, unionism and the state of the economy. We reflect on her ABC career and the controversy surrounding the articles she wrote in 2018 about the Liberal government’s policy to cut the company tax: how and why she wrote it, the (small) errors that were made, why the crux of it still stands up and why it matters.

ARTICLE: Emma Alberici and ABC finalise details of their long and messy divorce

ARTICLE: Replacing all of our unpaid work would cost the Victorian economy $205 billion, report finds by Emma Alberici

ARTICLE: There’s more to jobs and growth than a corporate tax cut by Emma Alberici

ARTICLE: Innovation is still the key to jobs and growth by Emma Alberici

The ABC’s statement about complaints made regarding Emma’s articles

Cause of the Week: Camp Quality (campquality.org.au)

“Aysha” (not her real name) is a Kashmiri activist who advocates for the rights of those suffering under the Indo-Pakistan-Chinese conflict in her home country.

I’ve previously known very little about the situation in Kashmir and was grateful to Aysha for giving me a crash-course history lesson on the conflict and the 2019 escalation of tensions by Indian Prime Minister Narendra Modi. We discussed the nature of India’s occupation, the possibilities of democracy in the region, the effects of COVID-19 and what others can do.

Kashmir: Explained by Vox Media (good summary of the history of the conflict)

ARTICLE: Does Australia have the courage to challenge India’s defiance over Kashmir? by Lee Rhiannon

Cause of the Week: Stand With Kashmir Australia (Facebook page)

Guy Rundle is a political essayist, comedy writer, activist and the correspondent-at-large for Crikey. He’s a former editor of Arena Magazine.

Guy’s been writing about the strangeness and politics of COVID-19. Here I ask him about what a collective virus means for certain political ideologies, what it means to be a “post-Marxist” and what he made of the Democratic National Convention and the possibilities of a Biden presidency.

ARTICLE: How our lockdown reality became stranger than fiction by Guy Rundle

Cause of the Week: Free Dr. Kylie Moore-Gilbert (change.org)

This week’s ep is a conversation I had with journalist and author Melissa Davey about her brilliant new book, The Case of George Pell. 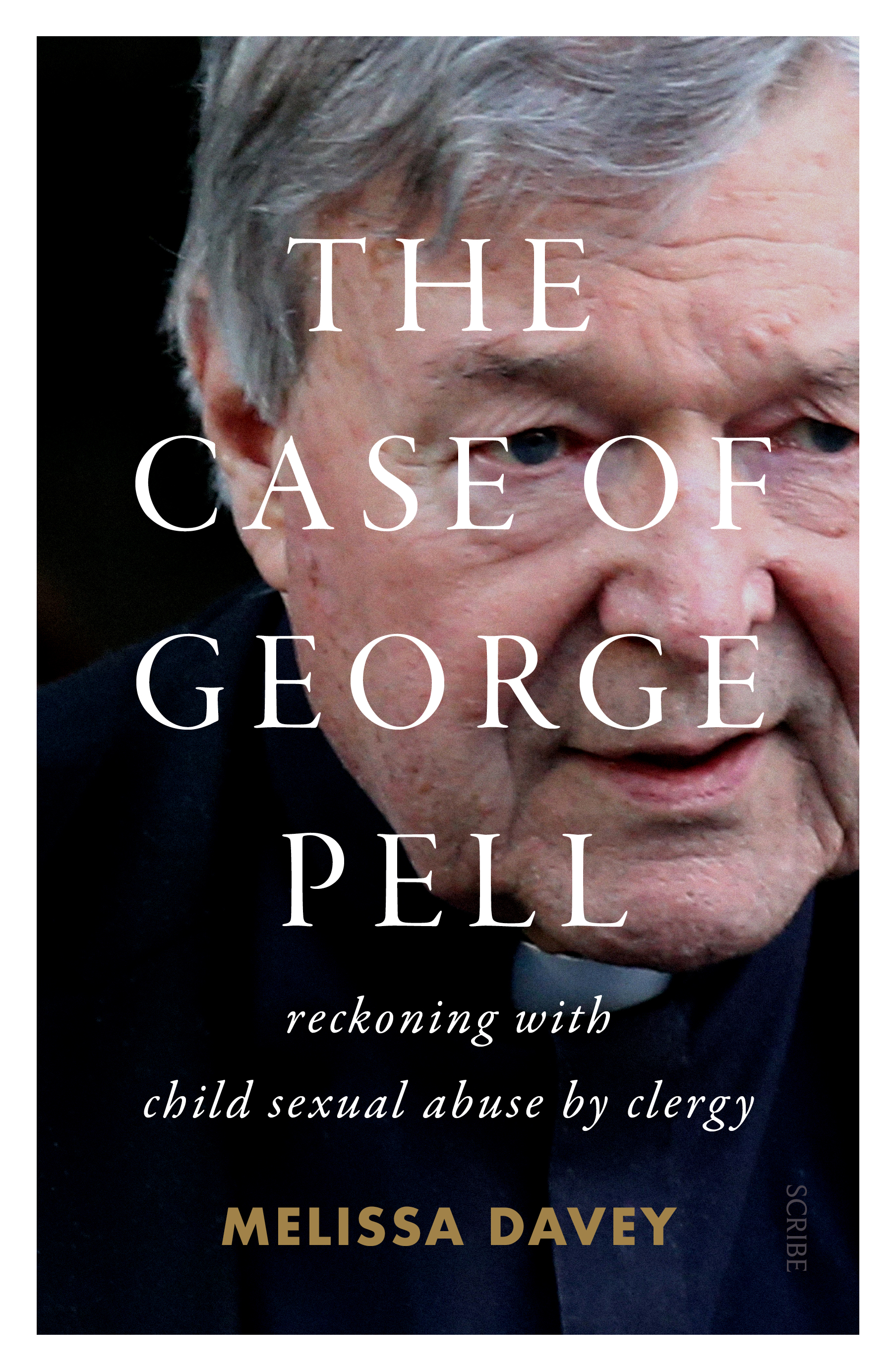 The book was launched on Tuesday night and Mel kindly asked me to discuss its details and what the story and trials of Pell mean for us now.

The Case Of George Pell: Reckoning With Child Sex Abuse By Clergy by Melissa Davey

Cause of the Week: Broken Rites Australia (brokenrites.org.au)

Here Dominic lays out just how far these four societies have pulled Australia to the right over the past thirty years, what the Left can learn from them and what it shows us about the role that mining interests play in Australian politics.

Cause of the Week: Australian Unemployed Workers’ Union (unemployedworkersunion.com)

Max Chandler-Mather is a former union activist and active member of the Queensland Greens. He was the party’s candidate for the seat of Griffith in last year’s election, when he increased the Greens vote by 7.2%, the biggest Greens swing in the country.

I find the more explicitly Leftist approach taken by Max and the Queensland Party really exciting because they’re pushing good, anti-neoliberal polices and, more importantly, it’s really working for them. Here I ask Max to explain how a democratic socialist like him is making this happen and why it’s been successful. We talk about renters’ rights, building the foundations of a mass party, door-knocking, selling “common sense and popular” ideas and the perennial Greens/ALP conflict.

ARTICLE: The Right to the City by David Harvey

My episode with Emerald Moon

Cause of the Week: The Queensland Greens (greens.org.au/qld)