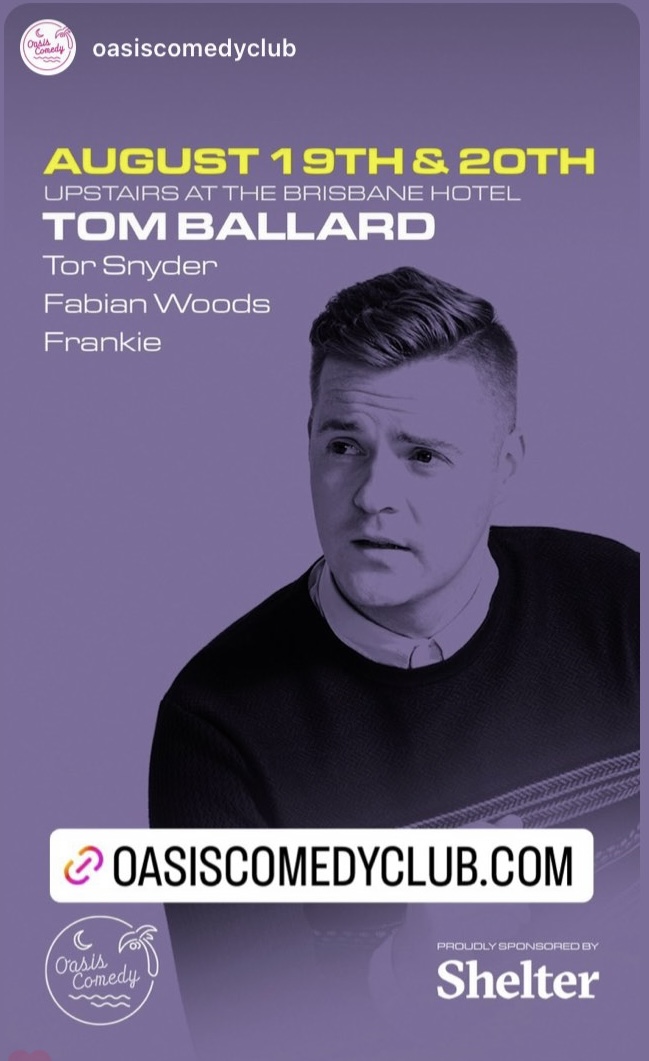 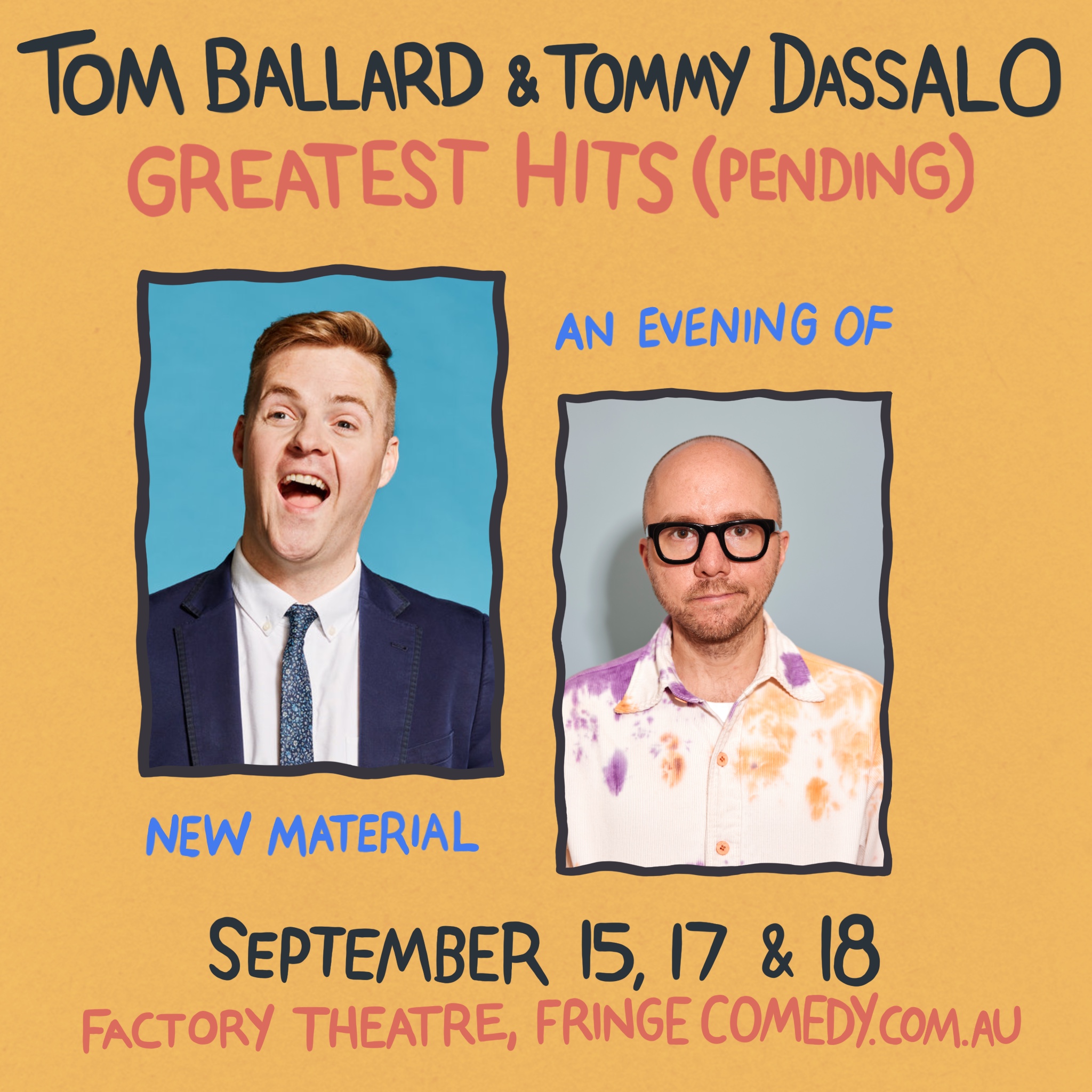 Tom Ballard (Triple J Breakfast, ABC’s Tonightly) and Tommy Dassalo (The Little Dum Dum Club, Filthy Casuals) are two beautiful stand-up comedians. You may have seen some of their best jokes on The Gala and Just For Laughs Australia. But those best jokes have to come from somewhere, which is where you come in. Join Tom and Tommy for an evening of work-in-progress bits, ideas, and riffs. Witness the unbridled joy when a new premise soars and shed a tearwhen a punchline absolutely bombs. It’s cheap!

Excited to be doing this special gig put on by Marieke Hardy & Emilie Zoe. 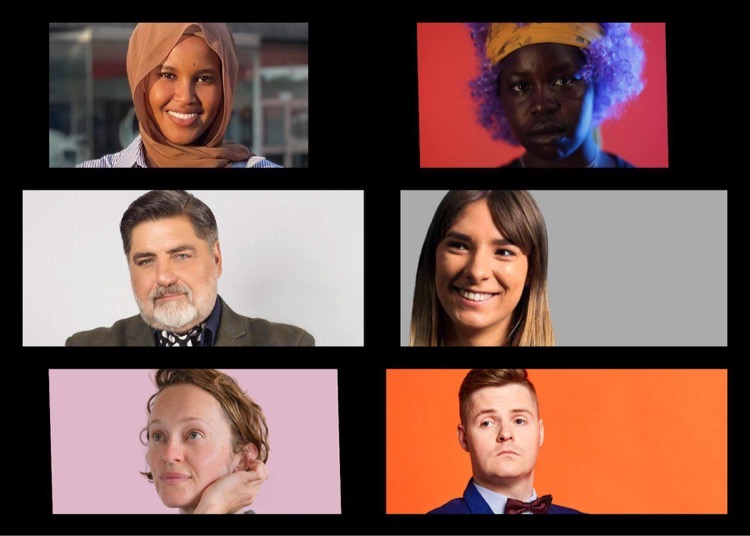 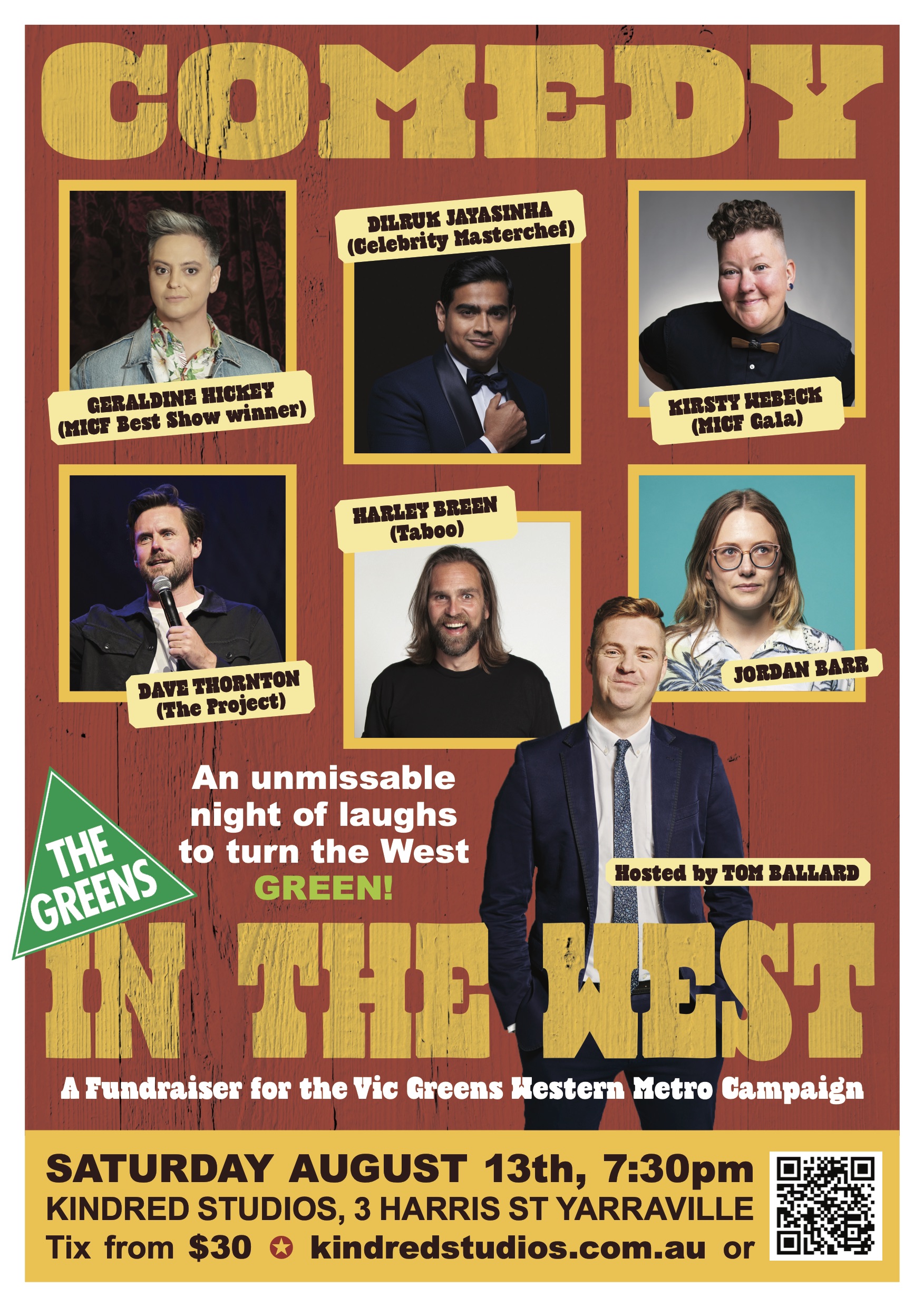 Join us for an unmissable night of laughs with some of the country’s best comedians and help us turn the West Green in November.

All ages welcome – please note there will be some adult language and themes.

This is a COVIDSafe event.

Please note that, under Victoria’s funding and disclosure laws, contributions through this page are for a State electoral or General purpose.  A portion (up to 100%) of any tickets you purchase will be counted towards your individual contribution cap.

We acknowledge this fundraiser will be held on the lands of the Bunurong and the Wurundjeri Woi-wurrung peoples of the Kulin Nation. It always was and always will be Aboriginal land – sovereignty has never been ceded. 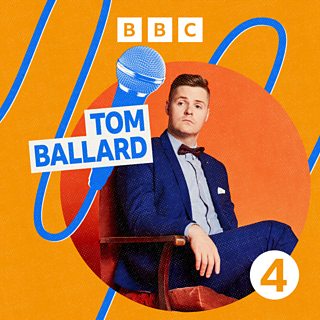 The world is on fire and we’re all going to die lol.

Recorded in his hometown of Melbourne, Solastalgia is the first Radio 4 stand-up special from award-winning Millennial Australian comedian Tom Ballard. It’s his terrified, emotional and hilarious response to the climate crisis – what it means, how it makes us feel, what if anything we can do about it, and whether any of it is funny.

He’ll even tell you what Solastalgia means.

Tom was nominated for the Edinburgh Comedy Award for Best Newcomer in 2015 and for the main prize in 2016, and hosted his own daily late-night comedy show for ABC, Tonightly with Tom Ballard. He can be heard regularly on the smash-hit satirical podcast The Bugle, and his work is “unrelenting and uproarious” (Chortle), “brave, biting, ballsy and ultimately, brilliant” (Time Out), “multi-dimensional and multi-layered, adding twist upon twist and full of little parcels of surprises” (Beyond The Joke), and “engaged, conscientious and consistently, archly funny, Ballard is precisely the sort of political commentator the world needs” (The Scotsman).

Written and performed by Tom Ballard

Recorded at Comedy Republic, Narrm/Melbourne – on the lands of the Wurundjeri people of the Kulin Nation. 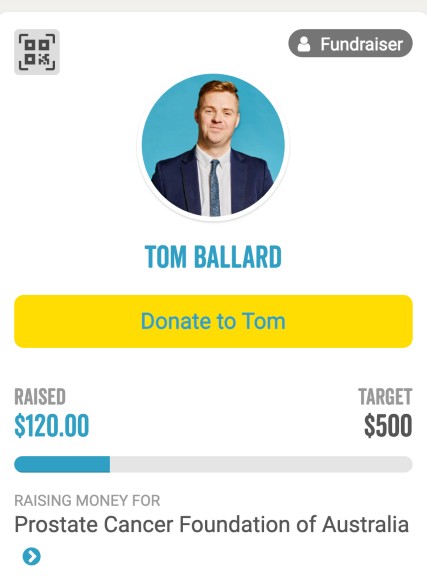 I am not going to drink FOR A WHOLE MONTH to raise money for a good cause.

If you support such a heroic move and have some cash, please feel to chip in some cash, thank you I love you.