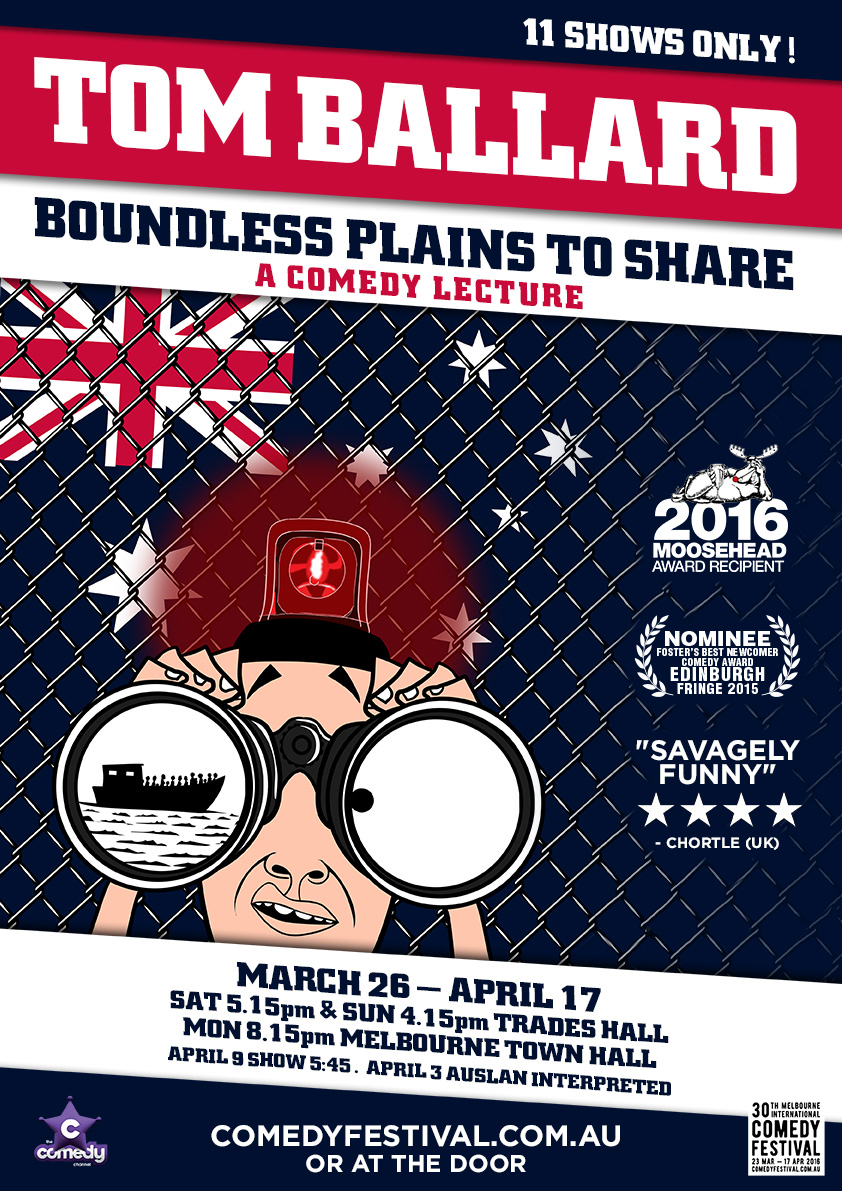 I’m performing this super-special comedy event at the 2016 Melbourne Comedy Festival (alongside my stand up show The World Keeps Happening).

It’s being presented with the help of the Moosehead Awards and I think it’s going to be really different and cool.

Australia has a complicated history with boats. They’ve brought us disease, trade, cane toads, the America’s Cup and Water Rats.

And fear. HEAPS of fear.

From our racist Federation to Tampa to Johnny Depp’s dogs, this show will make you piss yourself and cry so much the venue will be considered an “on-water matter”.

As seen on Q&A. As heard on triple j.